Back in the day, I was really into the Tony Hawk’s Pro Skater series. Like, I was into it enough to own THPS2 for Dreamcast, PC, Xbox (as THPS2X), and Game Boy Advance. I bought a PlayStation 2 to play THPS4 before the other consoles got it. Yes, the series and I have some history.

The last Tony Hawk game that I put serious time into was Tony Hawk’s American Sk8land for the DS. It was the first proper portable Tony Hawk game, and it took the series back to its roots: you couldn’t get off your board, there were no half-hearted “Jackass” bits, and it was almost as fun to play as the first four THPS games.

But I wasn’t invested enough to play Project 8 or Proving Ground all that much. And then Ride and Shred killed what little interest I had in the series. Those two games required using a special board peripheral to play them - need I say more?

So when Robomodo, the developers who made Ride and Shred, wanted to bring the franchise back to its golden age with Tony Hawk’s Pro Skater HD, I was very skeptical. And for good reason - those games, by all accounts, were absolutely dire. But I tried THPS HD’s demo and found that it barely met my low expectations. The graphics were lousy, the new songs on the soundtrack weren’t doing it for me, and everything in general felt off. I decided against buying the full version. 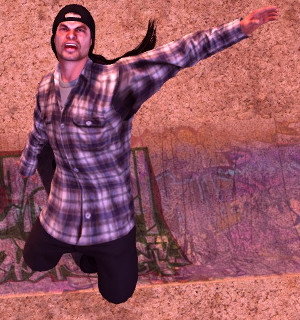 I recently found out that THPS HD was a) getting delisted from Steam on July 17th and b) on sale for 80% off. It was a good time for me to give this game a second chance. I still think that the game has some serious problems, but it gets a few things right.

THPS HD proudly carries on a Tony Hawk series tradition of having selectable characters you wouldn’t expect to see in a skateboarding game. THPS2 had Spider-Man, THPS3 had Wolverine and Darth Maul, and so forth. If you have the Revert DLC pack (more on this later), THPS HD allows you to play as two members of Metallica: James Hetfield and Robert Trujillo. They’re fun additions to the game. 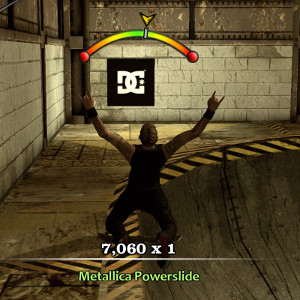 The selection of levels is good. The ones you’d expect to see are there: Warehouse, Hangar, School II, Downhill Jam, and Marseilles are all present. Venice is a nice addition as well - it’s always been one of my favorite THPS levels. I’m not sure why Mall (which I don’t typically enjoy) is there, and there are a few levels that are missing that I’d rather see, but overall, it’s a nice selection of levels to play.

But I had more fun playing those levels in the original games than I did in THPS HD. And a big reason why is the controls - they regularly feel unresponsive. If you play using a Xbox 360 wired controller, and you press down on the D-Pad, it takes a long time to stop. Using the stick fixes the problem, but I could not reliably boneless by tapping up twice on the stick. It would usually come out as a No Comply for whatever reason.

Career Mode (and the “Projectives” mode) have you turning and doing bonelesses frequently. Stopping makes it possible to make tight corners (as turning at speed is sluggish), and the game requires you to boneless over Boneless the Bum. And sometimes, good ol’ Boneless takes a nap in a confined space, requiring you to negotiate tight turns and then boneless over him. He’s rather frustrating like that.

There are a few more issues too. THPS HD seems to take place on the Moon as every one of your jumps go sky-high. And I’m not even sure that the game is designed around it. There are various items that you’re supposed to collect in certain ways, but you can usually just ollie up to them. The lessened gravity also makes it easy to hit ceilings on multiple levels and bail.

The Revert DLC introduces some issues of its own. It (AFAIK) unlocks the revert move to use on any level, and not just the ones from THPS 3. You can continue your combo after a revert, so you can use it to completely destroy every score goal from the base game. But I actually had some trouble using it! I’m no stranger to the revert, but it seemed like it failed to trigger sometimes. And when it did trigger, it made my skater go a little sideways because the same buttons revert and rotate.

The whole game, with or without its DLC, lacks the polish of previous games in the series. Glitches are frequent, the soundtrack lacks a cohesive feeling, the graphics are merely okay (THPS2 for the Dreamcast was a particularly great-looking game), and you don’t even get a way to control the camera.

But despite its many flaws, I enjoyed playing THPS HD. It was fun seeing all the changes that Robomodo made to the core gameplay and the levels, and I even enjoyed struggling with the controls. I managed to spend enough time with the game (roughly 8 hours) to get all of the achievements and beat every goal in Career Mode/Projectives. So it’s not all bad! THPS HD is just mostly bad, and that’s okay with me! Not every game has to be Breath of the Wild, and not every Tony Hawk game needs to be as good as THPS2 or THPS3.

There are better ways to re-live your THPS days, but do any of them have Robert Trujillo making this face? 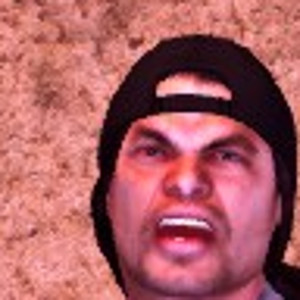