Team Fortress 2 was a top-shelf hat game that I sank many hours into. There were so many goofy, sought-after hats! But there’s a new hat game in town: Super Mario Odyssey. And it may be a topper-shelf hat game than TF2: 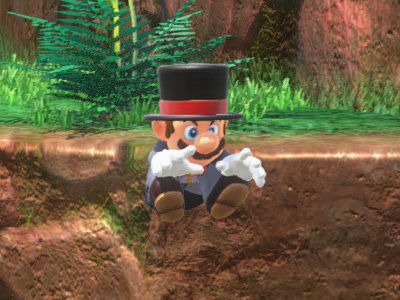 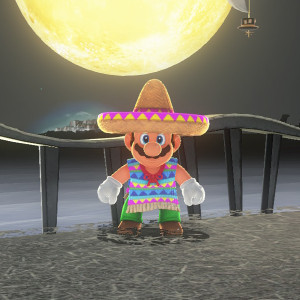 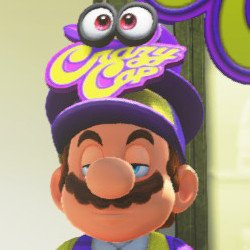 As an added bonus, they belong to to a fantastic game. Super Mario Odyssey keeps what made previous Mario games fun (the music, graphics, and fluidity of controls) while reworking bits from previous games.

Yes, Nintendo found a way to improve on the classic Mario formula. Lives are finally gone - you just lose coins when you die. Swimming is much easier than it was in the Galaxy games and is actually fun in this game. And Mario has a whole slew of new moves that allow him to move quickly without picking up FLUDD parts.

One of Odyssey’s biggest additions is the new “capture” mechanic. In Odyssey, Mario’s cap is actually a cool little ghostlike dude, and Mario tosses him to control enemies, objects, and just about anything else in sight. So you don’t just play as Mario: you also play as frogs, Goombas, Hammer Bros., Bullet Bills, and a whole host of other characters. You’ll have to get the hang of their little quirks if you want to collect everything.

The game gives you a lot to do with the capture mechanic, even when you play as a humble Goomba. Unlike Mario, a Goomba doesn’t slip-slide everywhere on ice, which makes ice levels a little easier. And you can also stack Goombas - just capture a Goomba and hop on the rest of them. Certain switches only work if you step on them with enough Goombas, and you can only reach certain places by stacking Goombas. Not too shabby, considering that they’re just Goombas.

Sure, the capture mechanic can get a little gimmicky at points (like when you’re playing as zippers), but the game gives you so many different ways to use it that doesn’t get stale.

That’s a great thing because the game is massive. Sure, the main story is fairly linear and doesn’t take much time to complete. But after the credits, the game encourages you to explore areas you haven’t seen and go back to the “critical path” for more things to do. There is a seemingly infinite amount of items to collect, from Power Moons and purple coins to costumes and swag for your ship. I’m sure that there is an actual end to the game, but I’m nowhere close it seeing it.

If it sounds like fun, and you can afford a Nintendo Switch, you should get Super Mario Odyssey!